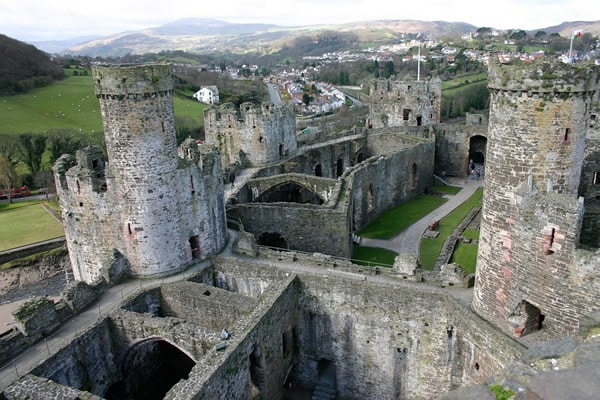 Built for Edward I, by Master James of St George, the castle is amongst the finest surviving medieval fortifications in Britain. You can’t fault it, from the grandeur of its high towers and curtain walls to its excellent state of preservation. An estimated £15,000 was spent building the castle, the largest sum Edward spent in such a short time on any of his Welsh castles between 1277 and 1307. Two barbicans (fortified gateways), eight massive towers and a great bow-shaped hall all sit within its distinctive elongated shape, due in part to the narrow rocky outcrop on which the castle stands. You won’t find Edward’s concentric ‘walls within walls’ here. They weren’t needed. The rock base was enough security in itself.