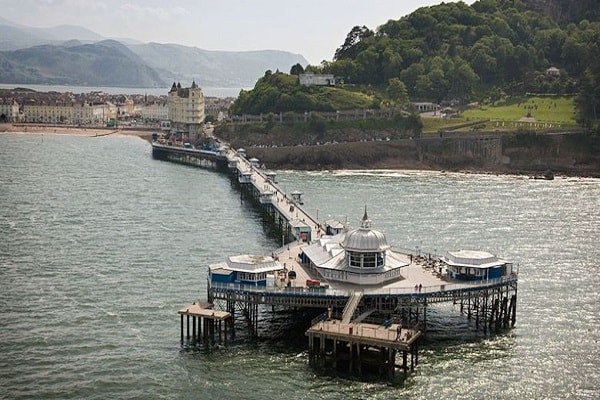 Llandudno Pier was designed by Brunlees and McKerrow. Taking 2 years to construct, building commenced in 1876 and was completed in 1878. The Pier is known for its splendid Victorian and Edwardian elegance. The Pier is constructed of wrought iron lattice girders resting on cast iron columns – finished with a traditional wooden decking. The Pier’s total length is 2295ft, of which the main Pier is 1234ft, stretching majestically into the Irish Sea. Llandudno Pier was originally operated by the Llandudno Pier Company. In 1968 the Pier was purchased by the Trust House Forte Group and then became part of the First Leisure Corporation in 1983. In 1998 the pier was purchased along with the 3 Blackpool Piers; Eastbourne Pier, South Parade Pier and Blackpool Tower & Winter gardens by Mr Trevor Hemmings operating under Leisure Parks Ltd. Today Llandudno Pier is owned and operated by Adam Williams, Tir Prince Leisure Group and still retains it elegant Victorian appearance, referred to by some as the “Queen of Welsh Piers”.