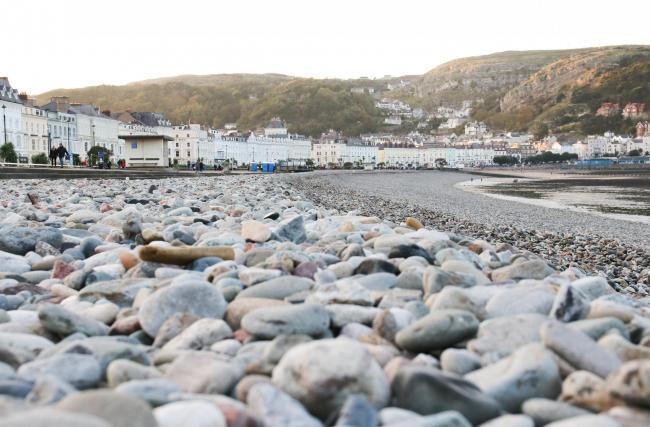 PLANS to bring sand back to Llandudno’s North Shore beach will begin by next March, government officials confirm.

The scheme, which will cost around £24m according to private consultants, would see stones removed from the town’s beach area after seven years in place. Instead, sand and wooden groynes would be reintroduced as a way to break up waves as a flood defence.

It is estimated the council’s portion of the final bill for the work will be around £3.6m after helped from Welsh Government.

As well as acting to protect homes and businesses from future flood risks, councillors have said this could help boost post-Covid tourism for the coastal town.

In a previous Pioneer report, Deganwy’s cllr Julie Fallon said: “It’s a no-brainer for me that it’s going to improve tourism.

“I look forward to when I can sit on the beach with my kids and think ‘we helped to make this happen’.”

In June, Iwan Davies, CEO of Conwy county council, warned members “we will not be putting sand on the beach any time very soon” after the cabinet backed Llandudno’s new sea defence scheme.

Members of Conwy County Council can apply to access a share of £150m on offer from Welsh Government as part of its Coastal Risk Management Programme – but Welsh Government have said that they are still waiting on documents from councillors.

A Welsh Government spokesperson told the Pioneer: “We are awaiting for Conwy Council to submit their outline business case for a flood risk management scheme at Llandudno. Officials are ready to appraise any potential scheme proposed by the local authority.

“Ministers announced the Coastal Risk Management Programme in December 2014. The programme is time limited and all schemes must commence construction by March 2022.”

A spokesperson from Conwy County Borough Council said: “Llandudno coastal defence improvements are required at both North and West shores to protect the community and businesses in line with climate change and the projected sea level rise – estimated to be up to 1m in 100yrs time.

“We have received funding from the Welsh Government through its Coastal Risk Management Programme (CRMP) and have employed Aecom – multi disciplinary engineering consultants – to draft an outline business case to submit to Welsh Government to reduce the risk of coastal flooding to almost 5,000 properties.

“The report is due to be submitted in the coming weeks and we intend to progress to detailed design afterwards.”