CAMERA Club members have photographed rubbish left at beauty spot in the hope that the images will encourage ‘litterbugs’ to mend their ways.

Communities around Britain have suffered an increase in littering this year and last year, as more people have “staycationed” or made day trips to the countryside, beaches and historic towns. 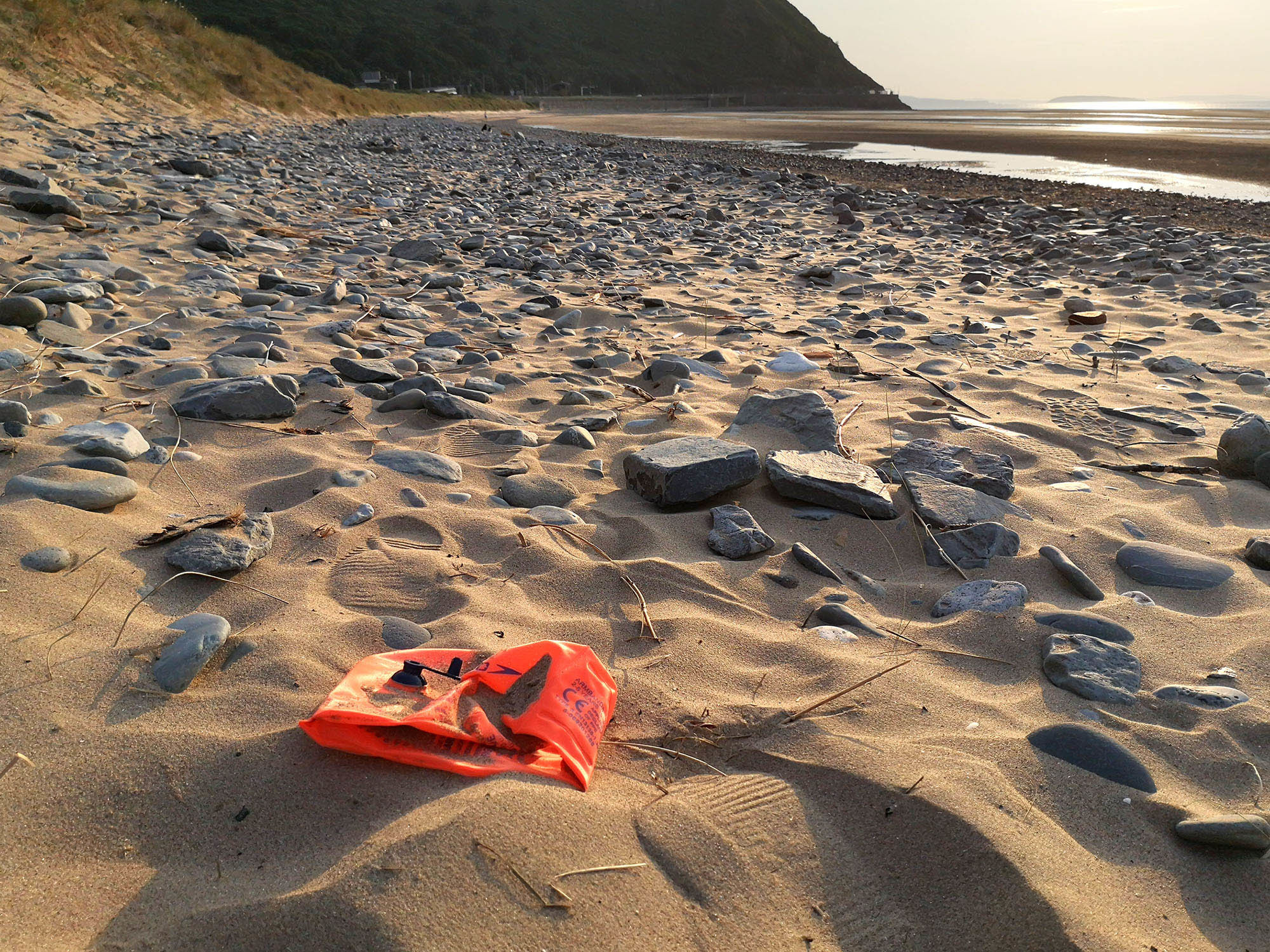 North Wales is no exception, and during a fortnight in July and August several members of Conwy Camera Club photographed discarded objects in context. 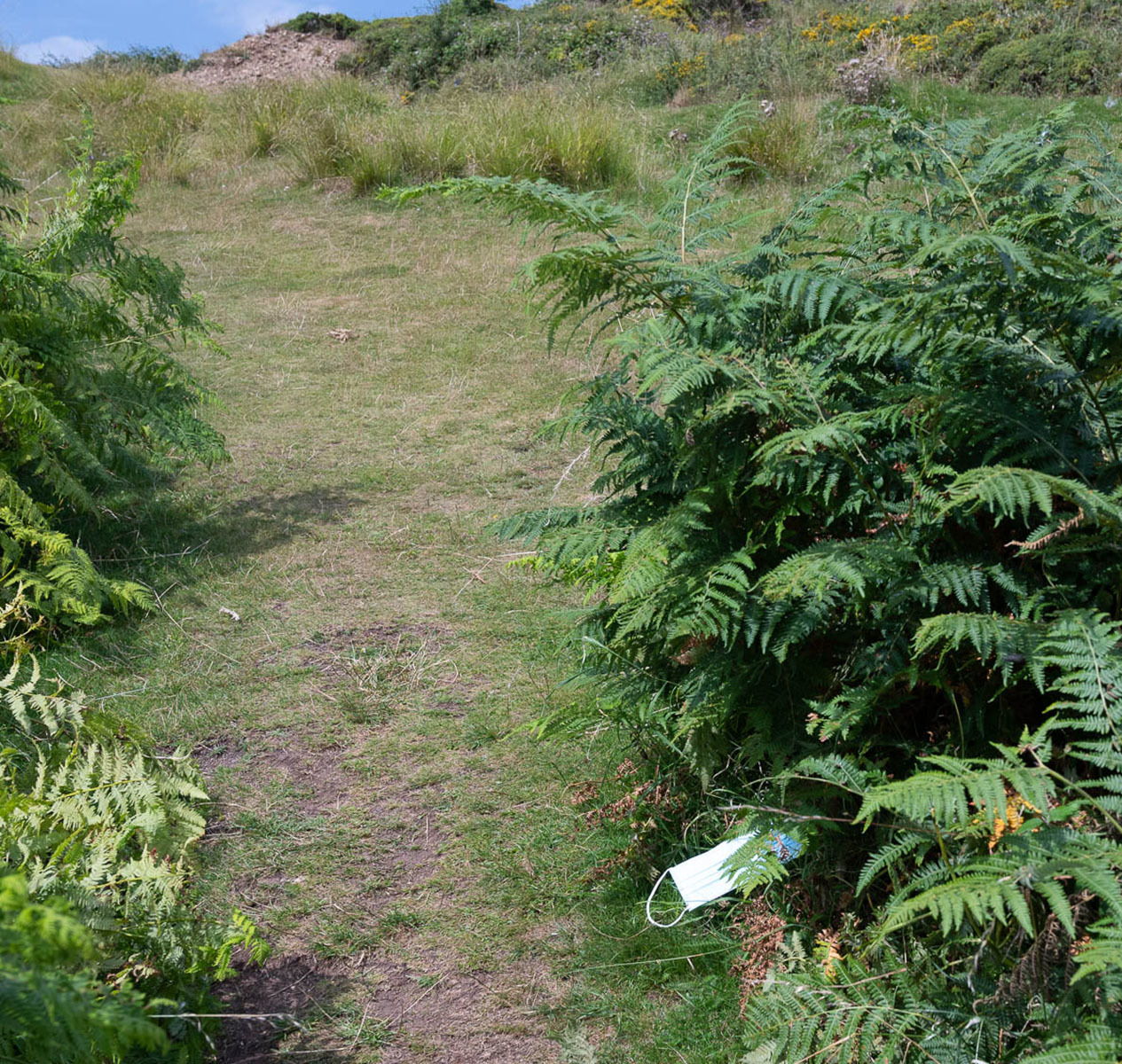 The photographs include used nappies left in a car park, just yards from a bin; objects wedged onto the top of the wall on the scenic Marine Drive around the Great Orme; discarded face masks; a dog-poo bag left on a popular beach; and a wet wipe snagged on a flowering plant.

Mike Castle, chair of Conwy Camera Club, said: “We’re proud that our area is famous for its natural beauty and heritage, but we can’t understand why a minority of people think it’s acceptable to leave their waste on beaches, roads and paths and in other completely inappropriate locations.

“We hope that by showing how litter can detract from the sights people travel here to see, we can help to discourage littering. 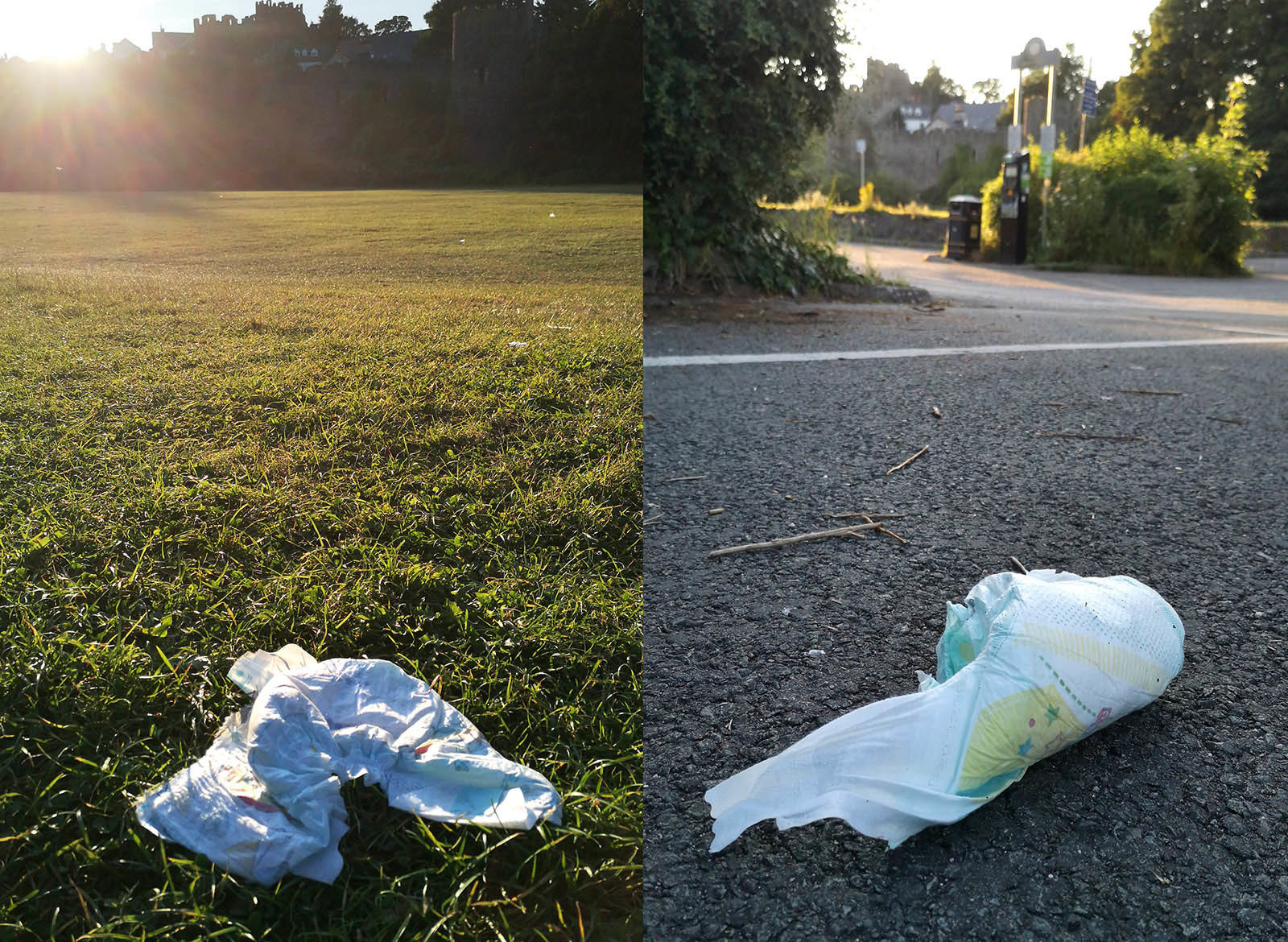 “Our photo gallery also shows a bin emptying round on an Sunday afternoon, as a reminder of the hard work done by council workers and litter-pick volunteers.” 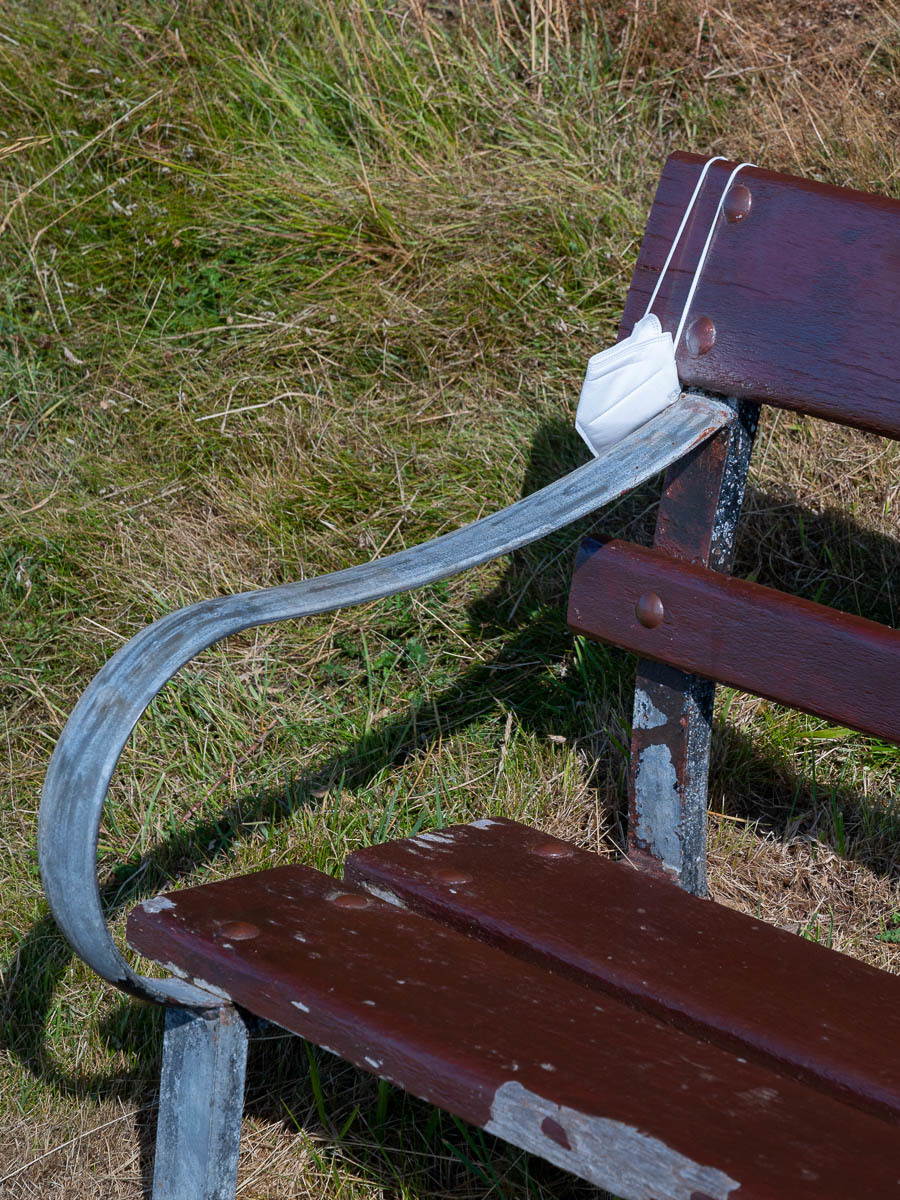 In March, the Pioneer reported that new larger bins have been installed across Conwy county. The bins have a 360 litre capacity, compared to the standard 180 litre for most of the older bins, and allow for easier empting.

The club has a long tradition of documenting events in the area, but this is the first time members have set out to make a photographic record of an environmental problem.

Conwy Camera Club is the oldest photographic society in North Wales, founded in 1945. Its 2021-22 season of lectures, competitions and practical events starts on 7 September. New members are welcome, whether they are just starting in photography or have years of experience.