THE winner of the stage of the Tour of Britain cycling event in North Wales was rewarded with a soft goat toy from a hospice based in Llandudno.

Wout van Aert was presented with Mostyn the goat from St David’s Hospice, who provide palliative care to adult patients across North Wales, after being the first to cross the finish line at the top of the Great Orme on Wednesday (September 8).

British rider Ethan Hayter also received a soft toy of Enfys, the female goat, from St David’s after taking the lead in the points competition.

Nicknamed the ‘queen stage’, Wednesday’s 210km course started in Aberaeron, took cyclists through Snowdonia National Park and Conwy towns and villages, before the final gruelling trek to the top of the Great Orme, with an average climb of 9.8 per cent.

“It was a super hard finish especially the first part of the climb was really steep, probably a bit too steep for a guy like me. I knew if I could hang on there I would have my chance,” said van Aert afterwards.

“It’s nice for the head to take a victory, not only because you beat a guy like Julian in a tight finish like that, but also, you’re here at bike races to win; at least I am.

“So, it’s just really nice, and I think it’s kind of a special finish here, so that just makes me proud.”

The course also passed the hospice, which is found on Abbey Road in Llandudno, while St David’s also had their own stall set up in the Tour Village on the summit of the Great Orme. 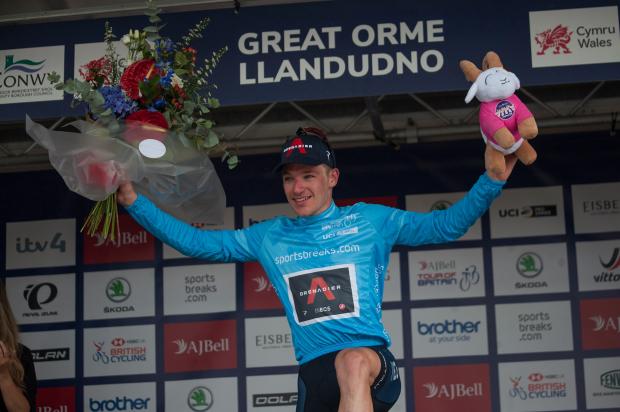 Initially a gift from Lord Mostyn to Queen Victoria, the Kashmiri goats on the Great Orme have roamed free for more than 100 years, but 2020’s lockdown made them an internet sensation as the quieter streets attracted them down into the town of Llandudno.

The Tour of Britain continued on Thursday as Hayter regained an overall lead following stage five, which began in Alderley Park, Cheshire and finished in Warrington.

There are three more stages to go; one each day before its finale in Aberdeen on Sunday.

MEET Zoe Temple – the volunteer who is taking a leading role when it comes to supporting refugee families housed in Conwy and North Denbighshire. North Wales Pioneer | Llandudno…

A married couple and a woman were sentenced to a teetotal Christmas and New Year after a “wild west” brawl in a pub. North Wales Pioneer | Llandudno…

A study by Artfinder, the UK’s biggest art marketplace, has revealed that Llandudno has ranked as one of the top 10 art-buying town capitals in the UK, with 756 artworks bought per 100,000 inhabitants. North Wales Pioneer | Llandudno…

LLANDUDNO’s firework display is set to come back with a bang this November. North Wales Pioneer | Llandudno…