FOLLOWING its successful re-opening earlier in March, the Llandudno Pier’s Ferris Wheel invited the Pioneer to take in the beautiful views of the town it offers.

On a sunny Friday afternoon, plenty of visitors to the pier were queuing up to start their weekends off right by riding the wheel.

Stephen Riley, general manager at Llandudno Pier, spoke to the Pioneer during only his second ride on the wheel.

He added: “The wheel is a major attraction, I’ve seen people quoting it as the Llandudno Eye. Not only does it light up at night but it adds so much to the promenade and pier. It’s a focal point.” 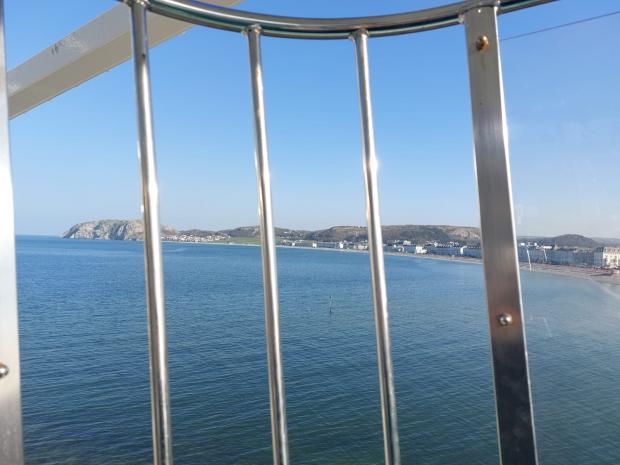 Painted all-white and fitted with modern lighting, the wheel can be seen for miles when illuminated, with picturesque, 360-degree views of Llandudno and its coastline to take in.

The Ferris wheel’s final North Wales appearance of 2021 was at a fireworks display on North Shore in early November, before it was transferred to Sheffield for the city’s Christmas market.

But now back up and running in Llandudno, the wheel can be found on the pier next to the amusement rides – just where it was located last year.