AFTER months of ‘goat fundraising’ a hospice has raised an incredible £120,000.

In April 2020, the Pioneer was the first to report that St David’s Hospice, who provide end of life care, free of charge to adult patients living with life-limiting illnesses in Conwy, Gwynedd and Anglesey, had launched t-shirts combining two famous images: Llandudno’s wild goats and the cover of The Beatles’ album Abbey Road. 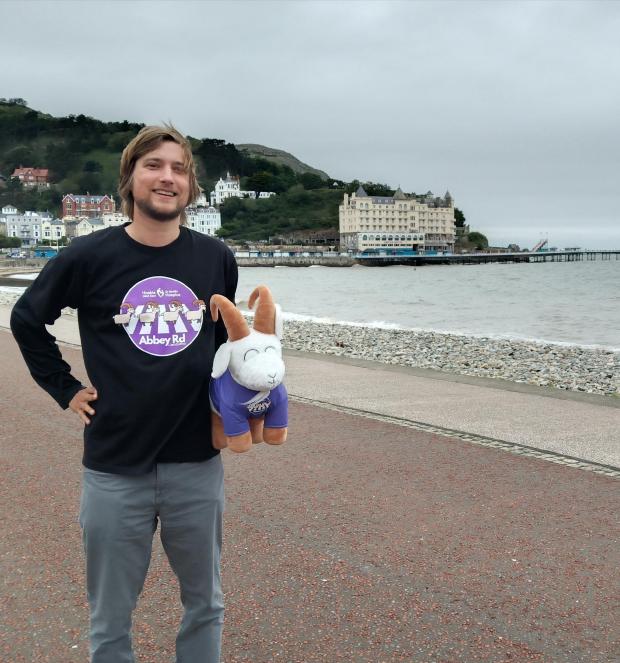 The t-shirts were inspired after the Great Orme goats took over the quiet streets of Llandudno during lockdown and became a viral sensation.

Supporters threw their weight behind the campaign and helped the hospice raise the funds which have kept the vital facility afloat.

Margaret Hollings, head of fundraising, marketing and communications at the Llandudno based hospice, on Abbey Road, said: “Our worst fears were met [when the hospice had to cancel events, close twenty-six charity shops and two cafes] since the hospice depends upon 84 per cent fundraise income compared to just 16 per cent central funding from the local health board and government.

“Thinking on our feet to find innovative ideas to help raise funds during lockdown came the idea of the Great Orme goat charity tee shirt and we are so grateful for the support the community has shown us.

The goats on Japanese TV

“We went global. During the most challenging period the hospice has ever faced, we were able to keep our clinical colleagues on the front line by tapping into current affairs and seizing an opportunity which was right in front of us – in the hospice carpark.”