LLANDUDNO could have a brand new tram station soon.

Conwy County Council has submitted plans to its own planning department, applying for permission to redevelop Victoria Station.

The plans include a new ticket office, a retail shop, public toilets, a staff rest room, and a relocated entrance with lift access.

It is hoped the new designs will help reduce queues on Church Walks during the busy holiday season.

The plans are to keep the current canopy above the tramway, but move the entrance away from the junction at Church Walks and Old Road.

It is believed funding is coming from a heritage grant, coupled with finances from Conwy County Council, with the total cost of the project being in the region of £800-900K. 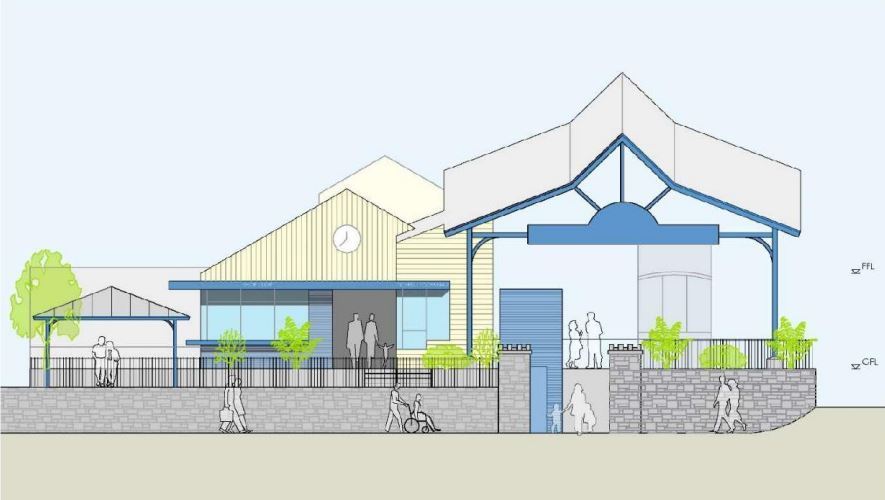 Plans for a new tram station in Llandudno..

Llandudno councillor Louise Emery is on the Llandudno Regeneration Board and was excited about the plans.

“It is really good news for the town as the tram is one of our most important and successful tourist destinations,” she said.

“It is very well used, but it needs upgrading. The entrance in the summer gets very busy with lots of people queuing down Church Walks

“We can do a lot better with the cafe and the shop, so it is all about making it more commercial but also managing the pedestrian traffic.

“The old-fashioned tram system will not change. It is just providing a better facility for tourists and visitors.

“It will be a better queue system like you have for a ride at Alton Towers. So people will be wandering back and forth as they like within the actual complex, rather than queuing all the way down the road.

“It is exciting to see investment into tourism at such a tough time for the industry, and to see the council investing in one of its assets in Llandudno is really good news, and we need some of that at the moment.”

The tramway operates from mid-March to late October or early November and carries nearly 200,000 passengers, climbing the mile up and down the Great Orme Country Park.

The tramway is the UK’s only funicular or cable-hauled tram on public roads.

The attraction first opened in 1902 with each tram carrying a maximum of 48 passengers.

The tram operates on two sections, the lower system – Victoria Station to halfway station – and the halfway system, which runs between the summit after passengers change trams.