THE Royal Naval Association in Llandudno have been gifted a scale model of HMS Victory to display in their window.

This was made by visually impaired member Gerry McNeilly, of Blind Veterans UK, which is based in Llandudno. 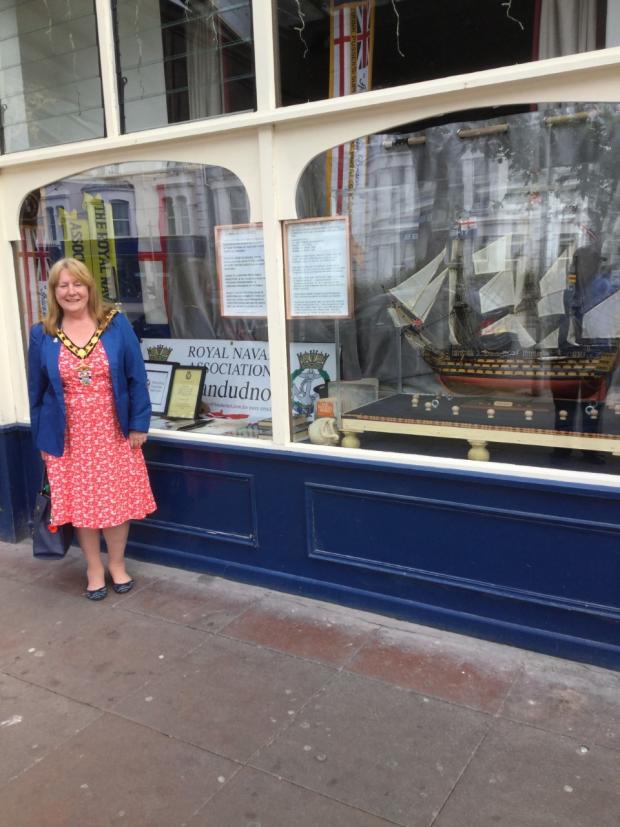 During lockdown, supporters from the Llandudno Royal Naval Association made a bespoke case, with lights, in order to showcase the model in the windows of the Llandudno Ex-Services Club, on Vaughan Street.

Rod James, chairman of the club, said: “We are delighted to showcase the work made at the centre and to assist the RNA with whom we have close ties to display this model.

“The display has been very well received and commented on favourably by both locals and visitors.”

Gerry, who lives in St Helens and visits the centre in Llandudno as often as possible, said: “I’m really pleased my work will be seen.

“My next project is a Spitfire and I’m keen to give this to Blind Veterans UK too, as they have a great support to me.”

HMS Victory, the most famous ship in the history of the Royal Navy, is best known as Horatio Nelson’s flagship at the Battle of Trafalgar on 21 October 1805.

Gerry’s model has been loaned to the Royal Naval Association for an indefinite period. 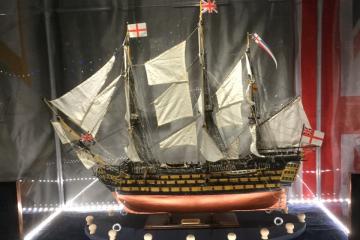