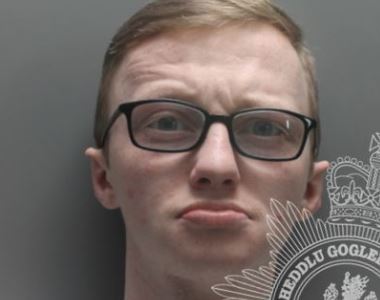 A 25-year-old convicted robber was jailed for five years for two further hold-ups at knifepoint at Llandudno shops.

Matthew Ward, of no fixed address, admitted robbery and attempted robbery in February.

Caernarfon crown court heard he had mental issues and was a serial self-harmer whose family wanted nothing to do with him.

“You have a very troubled background. You are in a terrible state,” Judge Timothy Petts told Ward.

His licence period was extended by three years.

Judge Petts said Ward had covered the lower part of his face with a snood during the raids. “Unsurprisingly both the shopkeepers were very scared and it’s had a significant psychological effect. Shops like these provide an important public service and courts have to protect staff against those who think they might be easy targets.”

The defendant had a lack of remorse and a history of unpredictable behaviour, the judge added.

A restraining order was made to last indefinitely.

Prosecuting counsel Philip Clemo said Ward went into Billy Mac’s in Augusta Street. The owner, 52, needed three stitches after he, bravely, made a grab at the knife to protect himself.

Ward fled but a second convenience store in Mostyn Street was then targeted. The defendant had threatened an assistant, aged 31, and fled with £200 to £300.

Ward was found at a Bangor Travelodge after a tip-off to police.

Mr Clemo added that Ward had been locked up in 2018 for robbing a Penrhyn Bay store.