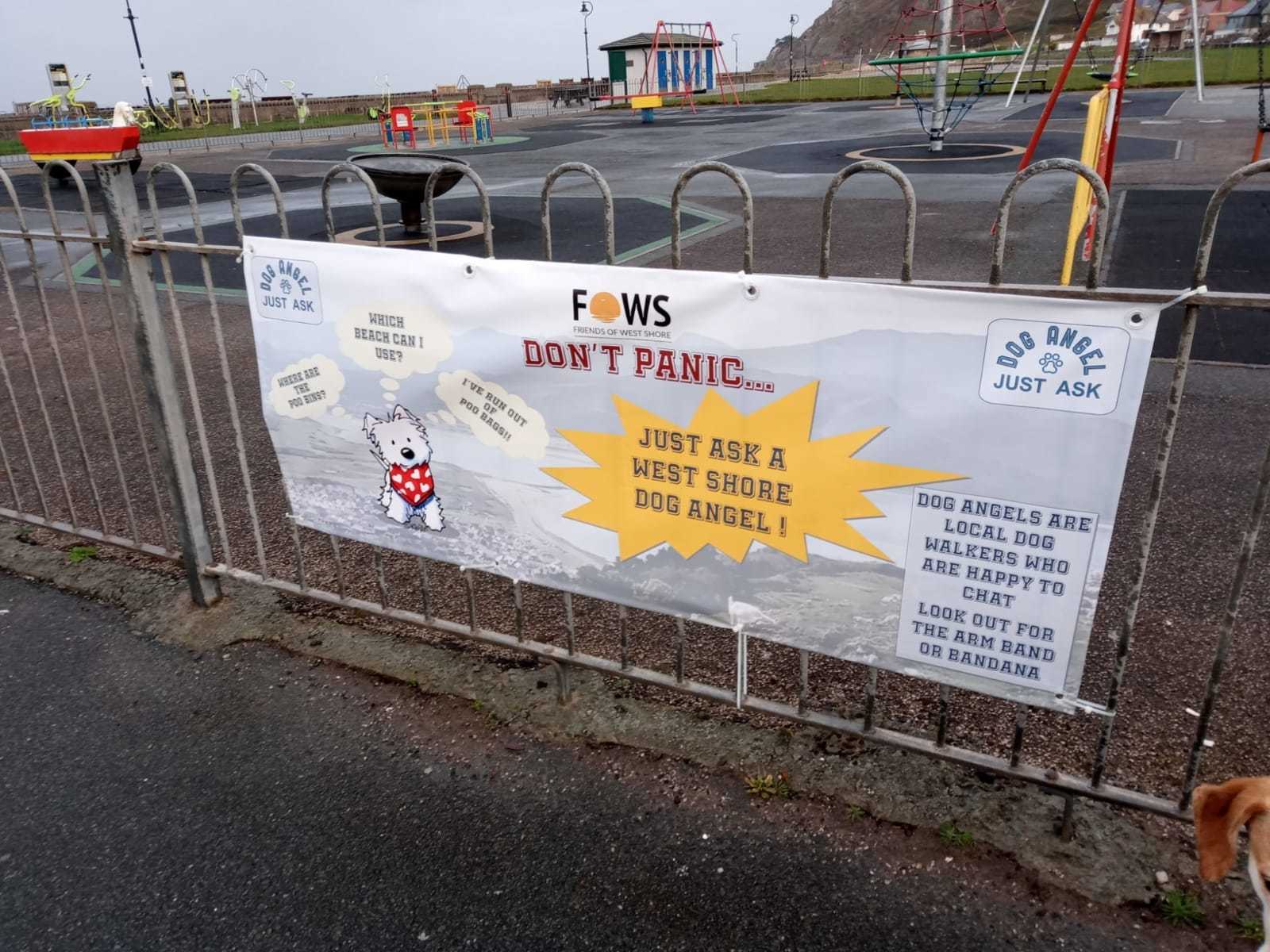 A COMMUNITY group in Llandudno is tackling irresponsible dog owners along its coastal area of the West Shore in the popular seaside town.

“Friends of West Shore” is supporting Keep Wales Tidy’s campaign, using branded posters and spray painted pawprints to direct dog owners to the nearest bins, nudging them to do the right thing.

Focussing on four key areas of the West Shore, members are regularly monitoring and spraying pawprints where problems have been reported.

They have also appointed regular dog walkers as “Dog Angels” who are on hand, wearing branded arm bands to advise the public on the nearest bins and to hand out bags, along with branded bandanas for the pooches.

Philip Berrie, group spokesperson, said: “Over the last six months, we have seen the dog fouling problem get worse and worse around West Shore.

“After only four weeks, we could see a definite reduction in fouling.

“The problem has almost disappeared from the busier pavement areas near the beach and reduced it on and around the beach.

“Our intention, and hope, is to encourage people to get back to picking up after their pets.”

Friends of the West Shore was founded in 2011 and has since grown to have up to 45 people, while more than 1,000 followers make up its Facebook group.

The group is dedicated to improving the West Shore promenade in Llandudno, and all are members of the public who either live on the West Shore or frequent the area on a regular basis.

Although an estimated nine out of 10 dog owners pick up after their pets, dog poo remains a persistent issue in neighbourhoods across the country.

Keep Wales Tidy’s campaign aims to raise awareness of the health risks associated with dog poo; not just for humans, but also other pets.

Keep Wales Tidy chief executive, Lesley Jones, added: “As a nation of dog lovers, we should all be aware that dog poo isn’t just an unpleasant mess, it can be dangerous.

“We’re urging the small minority of irresponsible dog owners to do the right thing.

“By not picking up after your dog, you could be putting people, livestock, and our beloved pets at risk.

“Please bag it, bin it and leave only pawprints when you’re out and about.”

The nationwide campaign is being run as part of “Caru Cymru” (a Welsh phrase meaning ‘Love Wales’) – an inclusive movement led by Keep Wales Tidy and local authorities to inspire people to take action and care for the environment.