FAMILY and friends of three fisherman who went missing off Conwy Quay are hoping to conduct a private search and enlist the expert who helped locate the plane carrying Cardiff City footballer Emiliano Sala.

A huge fundraising drive to raise £75,000 has been launched in order to conduct a private search for Carl McGrath, 34, Ross Ballantine 39, and Alan Minard, 20.

It is hoped David Mearns, an American marine scientist and oceanographer, can join the hunt; Mr Mearns found wreckage of the plane carrying Sala in 2019.

A statement on the JustGiving page says: “On January 27 The Nicola Faith never returned to Conwy Quay, North Wales. 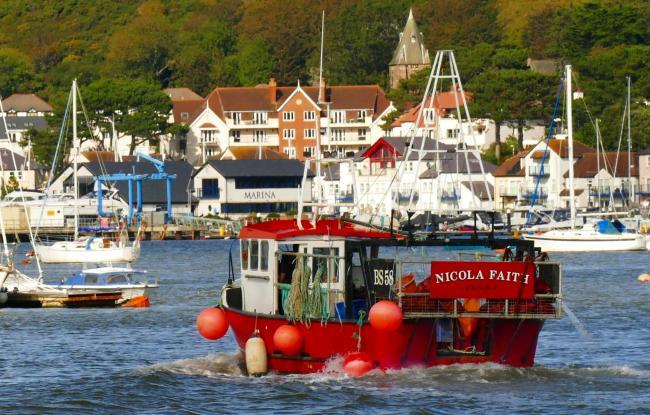 The Nicola Faith and three crewmen were reported missing from Rhos-on-Sea Harbour on January 27.

“The RNLI along with various Coastguard teams spent two-days searching to no avail. Along with hundreds of volunteers looking along the shoreline we are still yet to come up with any answers or definitive information regarding the whereabouts of the boat, or the fate of the people aboard.

“Carl is a hard-working skipper with a partner and family who are immensely proud of his achievements. Ross is a devoted father whose two boys desperately long and wait for his return. Alan is 20 years old and full of dreams, his smile would light up any room.

“Three families are distraught and desperate for answers but mostly just want their three men home.”

A major search and rescue operation was carried for the men on January 28 and 29.

A probe into the disappearance of the vessel is being carried out by the UK Government’s Marine Accident Investigation Branch (MAIB).

A spokesperson for the MAIB said: “Extensive sonar searches are being carried out in the areas between Rhos-on-Sea and Conwy, but the searches have been hampered by weather conditions.

“We are confident that the vessel will be found in the near future.

“Our investigations are ongoing and a report will be produced and be made publicly available when complete.”

The statement on the fundraising page added: “As we approach a month since the sudden and mysterious disappearance of the Nicola Faith and its three crew members, family and friends desperate for answers are once again appealing to the public to help us locate the missing vessel and the lads on board.

“We are trying to raise the necessary funds for a private search by experts who we believe have the best chance of enabling us to bring our lads home.

“David Mearns, a specialist in deep water recovery, who led the successful search for the Cardiff City footballer Emiliano Sala is willing to assist in the search. We cannot fund this alone and we need the support of all who can help.

“Not knowing is one of the hardest parts to deal with as it leaves the families with so many unanswered questions. Closure is critical to enable the family’s to move forward, remember the good times rather than worry about what happened on that fateful day.

“The search will not be cheap hence the fundraising target but every little will help. We will make sure it does.

“Any remaining funds after we find them will be used towards a memorial in honour of the men, the local community and three broken families.”

A STUDENT was shocked when he peeled a banana to find it was double barrelled – with two fruits inside the skin. North Wales Pioneer | Llandudno…

Arriving on scene, most people had made their way off but four people remained on the banks. North Wales Pioneer | Llandudno…

CHILDREN are coming out of a paddling pool covered in blue paint, according to parents. North Wales Pioneer | Llandudno…