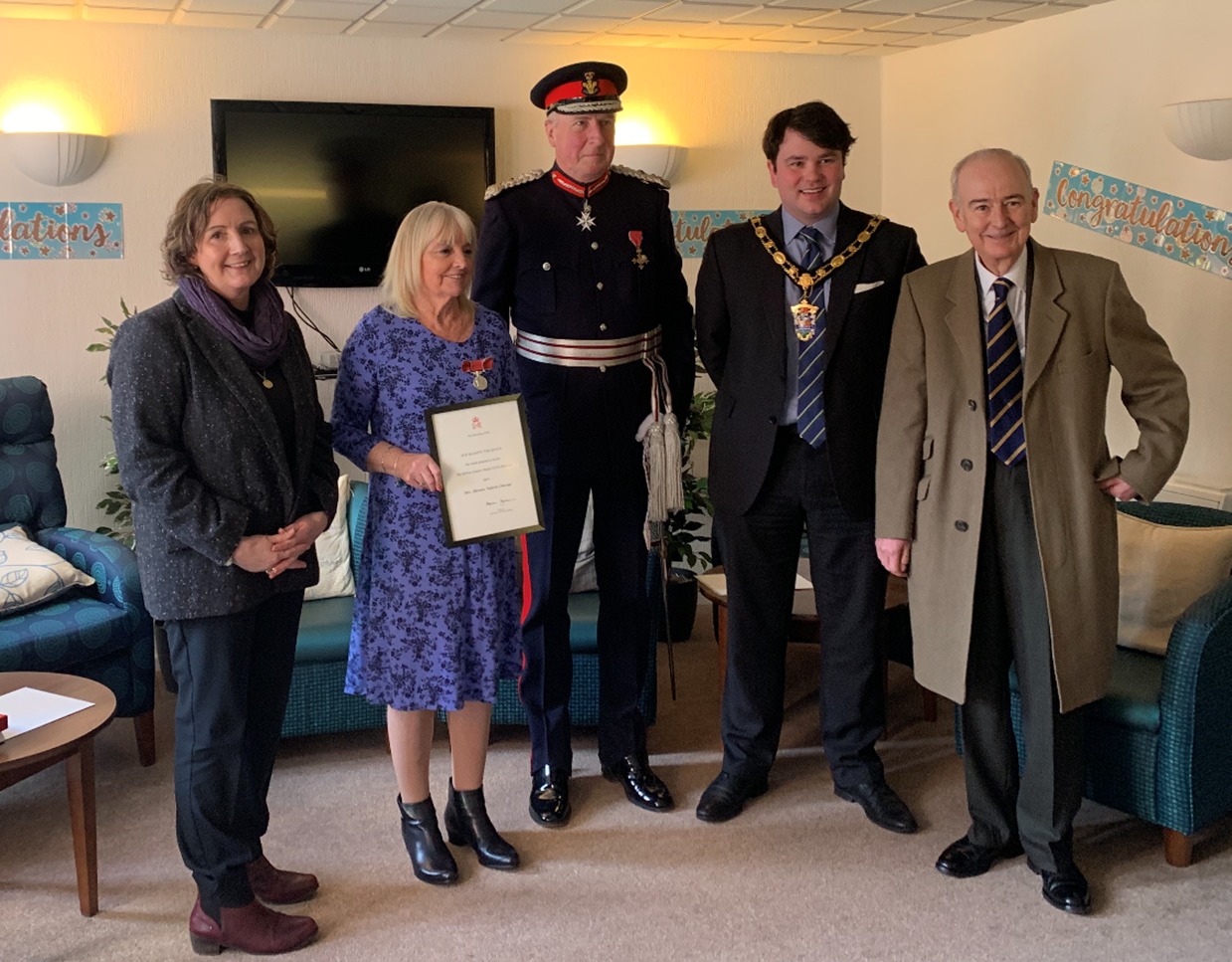 A CONWY woman has been awarded a British Empire Medal (BEM), which she was presented with at a recent ceremony at Taverners Court, Llandudno.

Val Conway received the medal having been nominated by Aberconwy Physically Handicapped and Able Bodied Club (PHAB), and supported by many in the community, including Aberconwy MS, Janet Finch-Saunders.

Janet Finch-Saunders said: “I am delighted that so many of us were able to come together to celebrate the fact that Val’s invaluable contribution to society has been recognised in such a marvellous way.

“I have known Val for years, and have always admired her energy, enthusiasm, and dedication to raising money for people much less fortunate than ourselves.

“She has supported PHAB for over 35 years, helped a charity which provides support for spina bifida and hydrocephalus sufferers, and started the annual Susie Sunshine Walk along the promenade.

“I cannot think of anybody more deserving and worthy to receive this medal”.

Cllr Harry Saville, mayor of Llandudno, added: “Val’s contribution to charitable causes locally is well known and I’m delighted that she has been recognised with a BEM.

“I have no hesitation in congratulating Val on behalf of Llandudno Town Council.”

Twenty-six of Conwy’s 54 councillors are new to the role. North Wales Pioneer | Llandudno…

A DEMONSTRATION of voice healing will be held in Llandudno by a clairvoyant and special guest. North Wales Pioneer | Llandudno…

The panto runs from December 10 to 31. North Wales Pioneer | Llandudno…