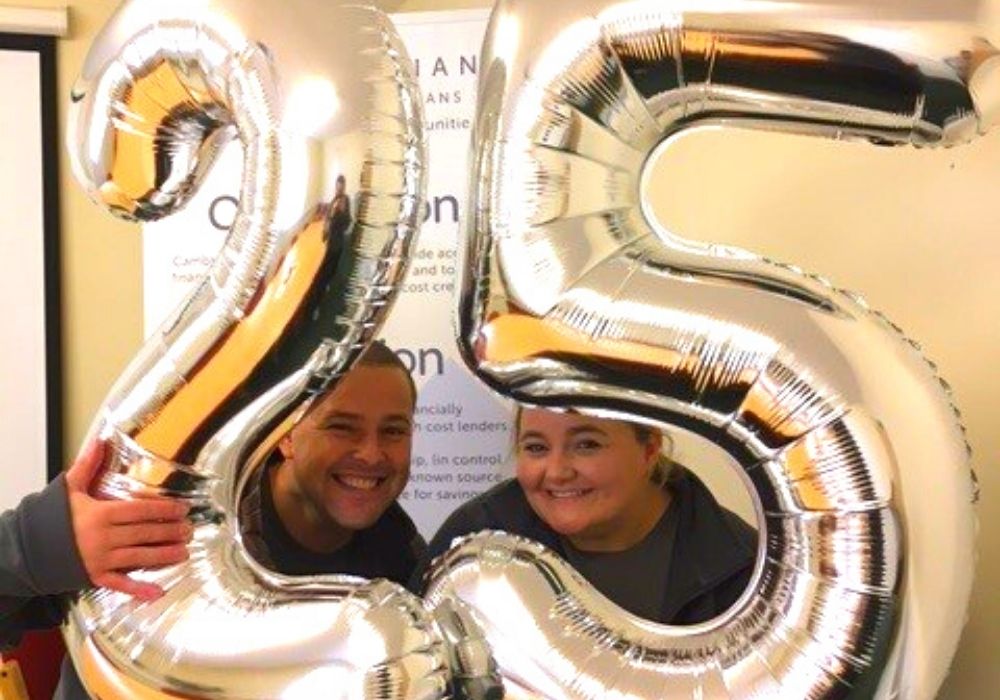 A CAMPAIGNING credit union initially set up to help Llandudno flood victims get back on their feet is celebrating its 25th anniversary having grown to be the largest financial cooperative in Wales.

The milestone coincides with International Credit Union Day (October 21), and to mark the occasion, Cambrian Credit Union’s staff will be the ones giving gifts – launching a prize draw for members.

Ann Francis, Cambrian general manager, said: “From very small beginnings, we are so proud to have grown our membership to cover seven counties across Wales.

“Cambrian has grown organically over the years – often through member recommendation – and so we are launching the prize draw to recognise that support and give something back to the people who make the credit union what it is.”

The original Llandudno and District Credit Union merged with four North Wales credit unions a decade ago, and a few years later joined with Hafren in Powys to become Cambrian Credit Union.

As a credit union, Cambrian is owned by its members with no external shareholders.

While it has grown in the last 25 years, the credit union has maintained a strong focus on serving the community and has been a vocal campaigner against high-cost credit providers.

Ann added: “Over the years, we have campaigned against the high-profile, high-cost credit providers like BrightHouse, Wonga and Provident, and are proud that we are still here and growing, while they have closed because we saw first-hand the consequences of spiralling debt on people’s lives.

“There’s still a lot to do; we want to reach more people in our communities and become everyone’s first choice for savings and loans.

“As one high-cost provider closes, another springs up, and we need more people to choose the ethical, community provider to help them avoid the high-cost credit trap.”

Alongside regular savings schemes, Cambrian offers loans from as little as £100 up to £15,000.

It has 49 payroll partners through its Moneyworks Wales scheme; these are employers across the seven counties that allow their staff to save or borrow with the credit union through their salary.

Cambrian’s Silver Anniversary prize draw will take place this month with a first prize of £100, a second prize of £50, and 25 £10 prizes.

To mark this special year, Cambrian will continue with a monthly draw, open to all members, until September 2022.

The owner of Llandudno Pier has revealed plans for a £15m-£20m entertainment complex at the old Pier Pavilion site. North Wales Pioneer | Llandudno…

The service is currently provided in pharmacies on the Llŷn Peninsula, and in Blaenau Ffestiniog, Mold, Corwen, Coedpoeth, Colwyn Bay and Prestatyn. North Wales Pioneer | Llandudno…