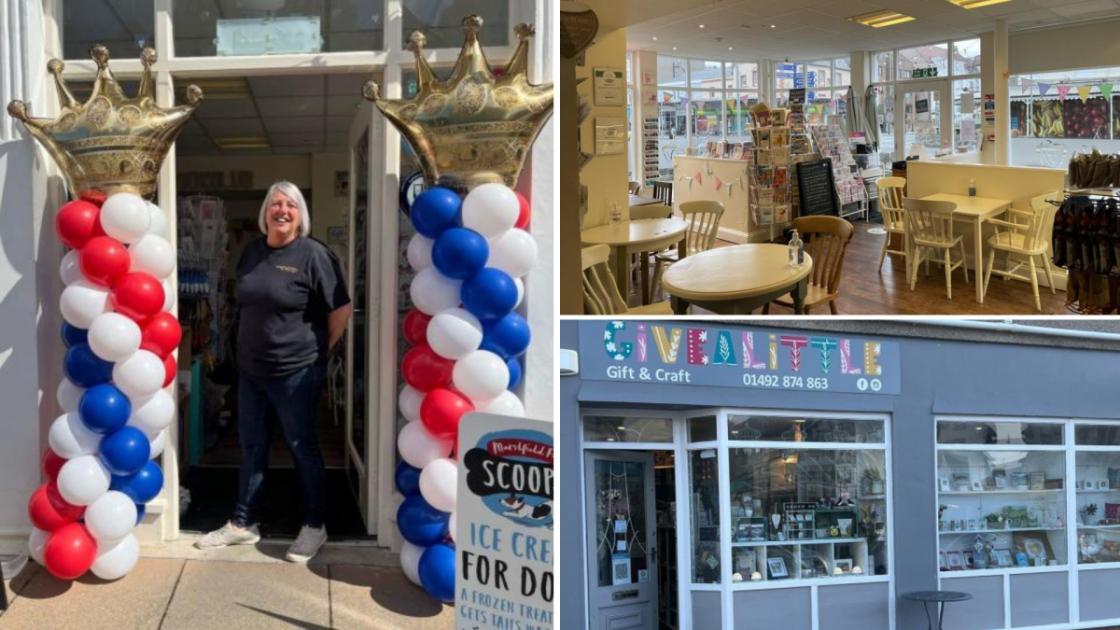 • Give A Little Gift Shop.

Of these stores, The Quilting Bee will be hosting Thursday night workshops for customers to try their hand at sewing.

Casa Reme Delicatessen is also holding cheese-tasting events at 6pm every Thursday, with different products available to sample each week.

And from December 1, Coffee V will be welcoming Father Christmas to the café each week from 4.30-8pm.

For £5 per child, children can explain to him whether they’re on the naughty or nice list this Christmas.

The idea of late-night openings on Thursdays prior to Christmas was initially proposed by Sam Price, co-owner of the Darcey’s Interiors furniture store.

Her husband and co-owner, Andy said: ““A few people do say to us: ‘We’ve missed you, because you’re not open late or on Sundays’.

“So, we just thought if we did something and tried to get everyone else on board, it would benefit everybody. With six weeks in total, there’s a good chance you’re going to get a few people down.

“You don’t know what’s coming in the next few months, with everyone’s bills going up. But alternatively, there’s going to be people who are mortgage-free and have savings.

“The more interest rates go up, the more disposable income they’ve got, so there are two sides to every coin.

“To a degree, we’re opening (late) out of necessity, but we do want to open as much as we can. It’s only our first year, but we’re plodding along and doing what we can.

“What I’ve noticed in the last couple of months is more tourists down here. The more we can do bring people to the area, the better.

“It’s a nice area with a relaxed atmosphere, and it’s nice for people not to have walk longer distances in Llandudno, with it all contained in a small area (in Craig-y-Don).”

Remedios “Reme” Aldana Lopez, of Casa Reme Delicatessen, added: “When I opened in June, it was fantastic until August.

“I don’t know what happened, although I spoke to other business owners in the area and they said the same, that August was terrible, and since then, things haven’t been great.

“The impact of the news and, of course, all of the living costs rising, affects us small individual business a lot.

“We don’t have huge amounts of money to survive, and everyday income is very important for us.

“As a new business without much savings, I need to have a good Christmas period to be able to pay all of the bills, and to survive in January and February, as I know they’re going to be very hard!”