Councils are still waiting to find out how much cash Welsh Government will give them to operate its Test, Trace and Protect scheme.

Councils have been paying their own staff to operate the programme, which is designed to trace those who have been in contact with people testing positive for Covid-19 and asking them to self-isolate.

Despite assurances that councils will be reimbursed, Denbighshire council leader Cllr Hugh Evans said Denbighshire staff seconded to contract tracing would be needed back in their roles at some point.

It also emerged how much cash Welsh Government would hand over for new, dedicated contact tracing staff had not been agreed with Betsi Cadwaladr University Health Board and Flintshire county council, the lead authority on the North Wales project.

Cllr Evans said: “If local government is expected to sign up to government initiatives, it takes more than goodwill to do them.

“The minister did give me assurance some of those initiatives coming forward would be fully reimbursed – especially Test, Track and Protect.

“I think it’s important to say the minister does encourage the input of the council but we need to be assured of financial support from them.”

The Local Democracy Reporting Service understands staff will be recruited to the scheme on an initial 18-month contract, with recruitment starting in a couple of weeks.

A Welsh Government spokesman said how many were taken on and for how long was “a matter for the employer”.

He added: “Such considerations will be determined at the regional level by local health boards working in close partnership with councils.

“Decisions will be based on the latest information available including local positive test numbers, the latest R-value and the availability of staff that can be redeployed.”

The spokesman confirmed contract tracing staff would be paid by local authorities, who would be reimbursed by Welsh Government.

They said: “We are working with our partners across the region and Welsh Government to ensure we will have a sustainable TTP programme.

“We are awaiting confirmation of resources from Welsh Government to action our business plan for a contracted workforce for TTP to replace the staff temporarily deployed from the local authorities and the health board to the initial service.”

They added they intended to have a “sustainable TTP workforce in place” in each county.

How long staff are engaged for and how many will work in each county will be announced “once we have Welsh Government approval”, they said.

Asked why councils and the health board had no clarity on the situation seven weeks after the policy was announced, the Welsh Government spokesman added: “They have had clarity since the start of TTP.

“These are currently being assessed and a formal decision is expected in due course.” 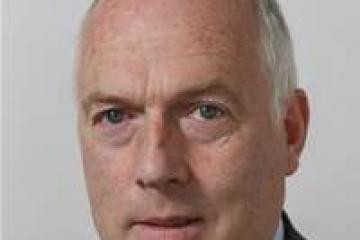 A WOMAN from Conwy has been fined and received points on her driving record after she was caught speeding in Llandudno last year. North Wales Pioneer | Llandudno…

ONE of snooker’s most historic tournaments, will be staged in Llandudno for the first time in 2023. North Wales Pioneer | Llandudno…

A GREAT Orme goat was put down yesterday (June 21) after it was allegedly the victim of an attack from two dogs in Llandudno. North Wales Pioneer | Llandudno…

A REPRESENTATIVE of North Wales Motor Company (NWMC) has been selected out of thousands of drive for Kia as their ambassador at Goodwood Festival of Speed. North Wales Pioneer | Llandudno…

A WOMAN from Llandudno has been fined and had her baseball ball seized from her after she was found guilty of threatening behaviour towards a man in the town. North Wales Pioneer | Llandudno…