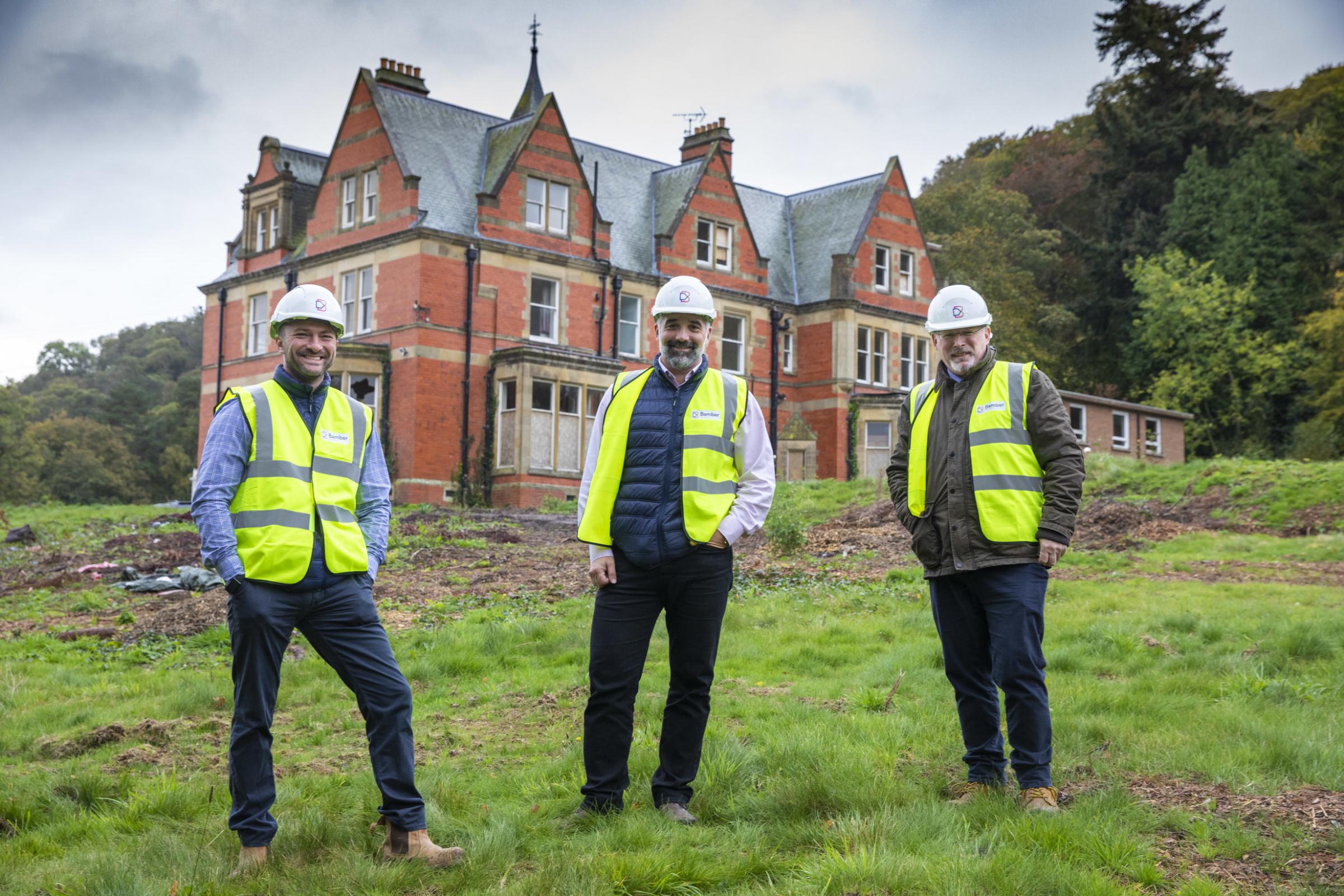 WORK has started on a £25 million scheme to build more than 100 new homes in Colwyn Bay.

Bamber Homes is a new division of the Mochdre-based Brenig Group and has been formed to develop the company’s private housebuilding projects.

Their first venture is on a 13-acre site on Queens Drive, Colwyn Bay, where they will build a mixture of two- to five-bedroom houses and apartments on the former John Braddock and Mary Bamber convalescent centre site.

The plans include 14 executive-style apartments in the John Braddock building, originally built as a luxurious mansion-style home for Lord Colwyn in the 1930s and including a croquet lawn, woodland and a small lake.

Mr Parry said: “We chose Bamber Homes as the name for the new company because the site of the Mary Bamber building is the first project of major significance.

“As such it is a milestone for the Brenig Group as it is our first 100-plus homes site and our first as the developer as well as the builder and we see it as a natural progression in the way Brenig is developing.”

The development is part of a planned expansion into private housing which began three years ago when the company recruited former Redrow and Anwyl Homes executive Bryn Roberts.

Mark Parry added: “Bryn has been responsible for the business plan which will see us build 850 units over the next five to seven years and sell them ourselves.

The builders are being supported by Watkin Property Ventures Finance Limited who are providing the funding for the development.

Mr Parry added: “In addition to the homes in the John Braddock building we will also be building 46 apartments in two blocks as part of a mixed development which will include affordable housing.”

Mr Roberts said: “This is a great location above Colwyn Bay and with views across to the sea and we believe this will be a unique development with a mix of new build and the renovation of the John Braddock building into executive apartments.

“It is a well-known site which had fallen into a state of disrepair and we are delighted to be able to restore it as part of the regeneration of an important area of Colwyn Bay.

“The plans we have for it include landscaping, restoring and reducing the size of the lake and making a woodland trail through the property.”

The Brenig Group was founded by Mark Parry and Howard Vaughan who first met as six-year-olds at their local youth club in Glan Conwy in 1987.

They both qualified as civil engineers before being reunited at Dawnus Construction which they left to found Brenig in 2012 and the company now employs over 70 staff and is turning over £20 million a year, with an order book bulging with £60 million of work.

Mr Vaughan said: “We have strong connections with major housing associations in North Wales and we are also breaking new ground in Cheshire and in Shropshire.

“We have really hit the ground running since last year’s first lockdown ended and have secured a number of major contracts and built up an expertise in the construction of low energy passivhaus homes.”

Their passivhaus projects, among the first of their kind in Wales, are in Old Colwyn, Llanrwst and in Denbigh where a 22-property development for Denbighshire County Council is underway.

They also currently have three projects under way in Cheshire at Middlewich, Crewe and Winsford.