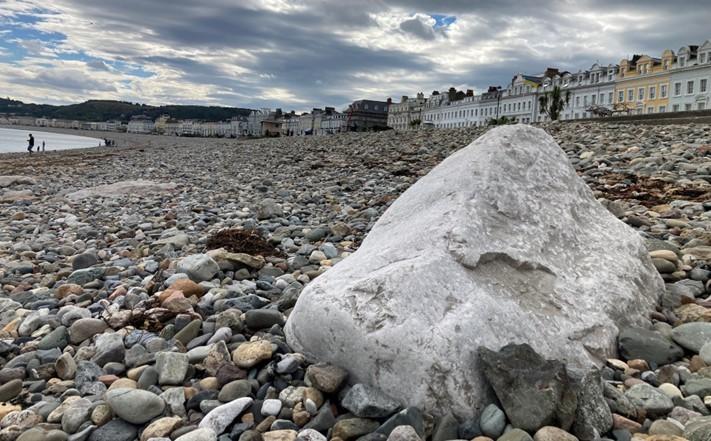 ABERCONWY MS, Janet Finch-Saunders, has written to the Welsh Government expressing her disappointment with its decision to recommend the return of sand to Llandudno’s North Shore beach.

Welsh Government recommended that Conwy County Borough Council (CCBC) not progress with a proposed coastal defence improvement programme that would also see the return of sand to the beach.

Mrs Finch-Saunders has now written to Julie James and Vaughan Gething, ministers for climate change and the economy respectively, enquiring as to what other funding opportunities are available for this project.

She said: “Sand is being used at Rhos-on-Sea and Colwyn Bay as a part of a coastal defence programme.

“As such, it is deeply disappointing that the Welsh Government will not support a similar programme of works being undertaken at Llandudno.

“The placement of quarry stones on North Shore beach of the Queen of Welsh Resorts was a true travesty and continues to prevent easy access to the beach for many residents and visitors.

“A pragmatic application of the CRMP funding by the Welsh Government provided the perfect opportunity to reverse this disastrous decision and provide a much-welcomed boost to our community’s tourism and hospitality industry as it continues to recover from the impacts of COVID-19.”

According to a report published by CCBC, the Welsh Government’s Flood and Coastal Erosion Risk Management branch (FCERM), stated that the return of sand to North Shore “does not appear to provide any additional flood risk management benefits”.

The CCBC Scrutiny Committee meeting was held on August 17 to consider the recommendations in relation to the Llandudno sea defences.

The report and Outline Business Case (OBC) will now be considered by CCBC’s cabinet on Tuesday, September 13.

“I have written to Julie James MS, the minister for climate change, to express my disappointment.

“I have also requested an explanation as to why the Welsh Government appear to believe that sand can be used as an appropriate coastal defence scheme in Colwyn Bay and Rhos-on-Sea but not in Llandudno.

“The Welsh Government need to prove categorically that the sand option does or does not provide additional flood alleviation.

“To dismiss such a popular option without clear supporting evidence is unacceptable.

“I will continue my fight to restore North Shore to her former glory and have now written to Vaughan Gething MS, minister for the economy, requesting that he inform me of what other possible Welsh Government funding opportunities exist for CCBC to utilise in order to see sand returned to this location.

“So that these ministers can see the impact of the stones on our beach, I have invited both Julie James and Vaughan Gething to meet with me here in Llandudno to talk about the future of North Shore.

“It is vital that the Welsh Government use common sense and listen to the people of Aberconwy and their elected officials.”

Last month’s CCBC meeting regarding North Shore can also be watched at: www.youtube.com/watch?v=EJEHntZA3AA (from 1:02:20 onwards).

British Transport Police officers investigating an incident in which a man damaged a train table and verbally abused a member of rail staff have released CCTV images in connection. North Wales Pioneer | Llandudno…