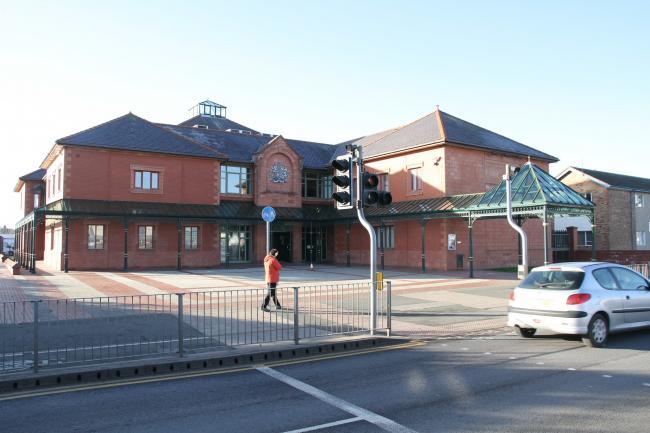 A BODELWYDDAN man threatened to smash a security firm’s van after he had earlier been involved in a confrontation with one of the company’s officers, a court heard.

Donna Slattery was upset when Charlie Jenkins shouted at her and told her “You should remember my name.”

At Llandudno magistrates’ court Jenkins, 21, of Coronation Close, pleaded guilty to threatening to damage the van and was fined £120. He was also ordered to pay her £50 in compensation, court costs of £85 and a £32 victim surcharge.

Helen Hall, prosecuting, said that on October 11 last year Jenkins became involved in a row with Ms Slattery as she was about to lock up the underground car-park in Rhyl because his brother’s car had broken down inside and she told Jenkins that he would have to pay £60 if it remained there overnight.

The car was moved, but later that night, as Ms Slattery stopped to talk to a colleague outside the White House Caravan Park in Towyn, Jenkins pulled up and, according to Mrs Hall, approached them carrying a wheelbrace, threatening to smash the man’s van.

Andrew Hutchinson, defending, said Jenkins denied wielding a wheelbrace but said: “There may have been a poor choice of words.”